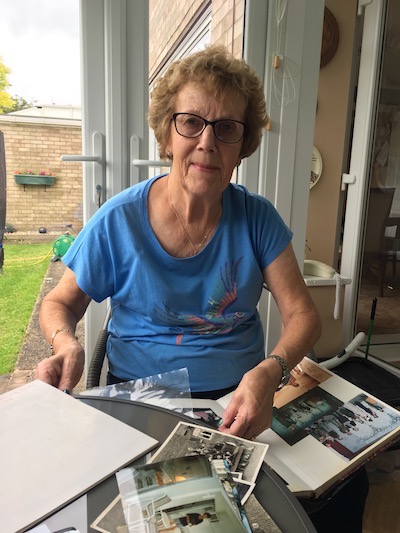 I was born Stella Fullerton on 28 January 1943 at Frogmore Nursing Home, Southall, Middlesex. I had two older brothers and later a younger sister. My uncle away fighting in the War, so my grandmother came to live with us. My father was diabetic so he did not fight. 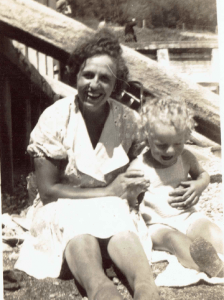 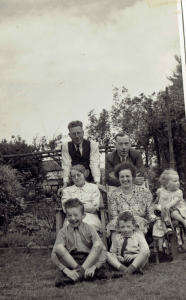 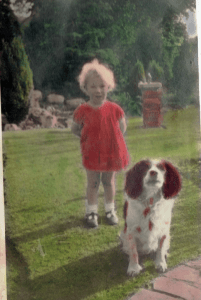 I remember the bombs during the War, though my mother says I couldn’t possibly. I remember my brother grabbing me and pushing me under the kitchen table, and I remember the noise of the doodlebugs. Our bathroom had a crack in it from the explosion of a bomb miles away.

We were a Catholic family, though mother converted at time of her marriage. It was my mother who took us to church. The Catholic church, St Anselm’s, was about two miles away and it had a first school, and junior and senior school beside it, and I went there when I was nearly five. We had to walk to school, then walk back at lunchtime, and back again, and then later walk home. Some of the teachers were nuns, and some were lay. 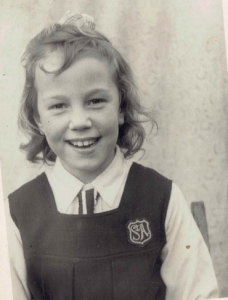 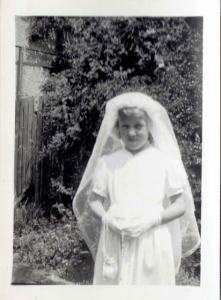 I took the Eleven Plus and passed, and went to Gumley House Convent Grammar School in Isleworth. It was girls only in those days. I was quite academic, and was interested in science, which wasn’t taught at our school except for biology, so we went to the local college to do physics O level, though Chemistry A level was finally taught at Gumley. My school days were busy with the piano, the debating society, and sport. I was school games captain, and I loved netball, which I continued playing (for London) after I’d left.

I suppose I was always musical, though I didn’t start playing the piano till I was ten. But I had an excellent teacher and passed my Grade 8 theory and practical. I went to music festivals, and sang in the school choir, and we gave concerts and did Gilbert and Sullivan. I won a Music Cup while I was at school. 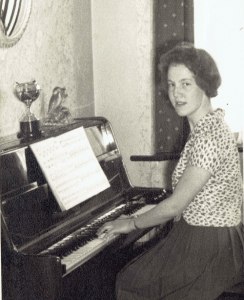 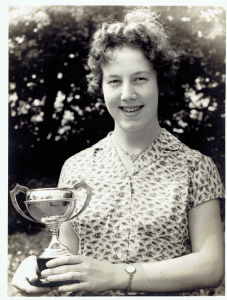 I was offered a place at Manchester University, but I decided I’d had enough of studying and that I wanted a social life, so I didn’t go. Of course, I would have had a social life at university. How different my life might have been! There was no careers advice in those days.

I joined the National Coal Board in the scientific department, but then went sideways into marketing, and stayed there till I got married. It was there I met Adrian when I was 20 – in the Rifle Club, and after we married I had to change department as husbands and wives could not be in the same department. We got married after an engagement of 18 months, when I was 22, in 1965. We had been saving for a deposit on a house – it’s what you did in those days. We were married at St Anselm’s, the church next to my first school. It’s a mosque now. 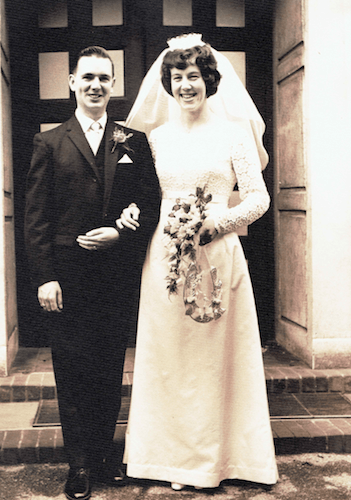 Our first home was in Bushey, Hertfordshire. In 1968 Adrian was promoted and we moved to Bedford, so I left the Coal Board. I loved it in Bedford, and joined the operatic society. Fiona was born in 1969, and David in 1973. In 1970 both Adrian’s and my mother died. It was hard for the children who had to grow up without a grandmother.

When David was a few months old Adrian was promoted again to Norfolk, with the Solid Fuel Advisory Service, as the Coal Board had become. So we moved to Harleston. Our house, which was being built, caught fire before we moved in, thanks to a plumber who had dropped a lamp upstairs. The Fire Brigade didn’t know there was no-one in the house and did quite a bit of damage trying to rescue the non-existent people. Still, we managed to move in on time. David was four months old and Fiona four years.

We had a busy life in Harleston: Adrian joined the Round Table, and I was a member of the Ladies Circle, and also the Waveney Light Opera Group in Beccles. I loved all this.

But then there was a great sadness in 1980. My older brother had serious depression, and stepped off a platform in front of a train. The coroner returned an open verdict, but who knows? My poor father had to give permission for the life support to be turned off, and this affected him deeply. Just after that at the end of 1980 I found a lump in my breast, and had a full mastectomy early in 1981. I do wonder if my brother’s death contributed. Everyone from the Ladies Circle came and helped, with the children, with the house and the ironing. At the time I was angry that they did a mastectomy, but the Ward Sister said it was better to know everything had been removed and that it wouldn’t come back. Something like that teaches you not to worry about little things. 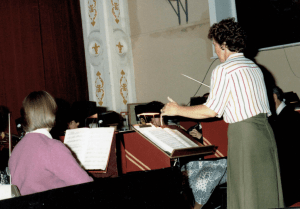 I was involved in the Pulham Village Orchestra, and at that time started playing percussion, and organizing concerts, and also conducting and directing for the first time. It was through my musical activities that I got a part-time job as receptionist at the new Fressingfield Medical Centre once both the children were at school, as a friend I’d met was one of the partners.

Adrian and I were like ships that passed in the night as around this time he became involved in local politics, first with Norfolk County Council, and then with South Norfolk District Council, as he retired aged 52. David went to university in 1992 and Fiona was married in the mid ‘90s, and music really took off then. But also there was a big change in my life, something which brought me back full circle to what maybe I should have done with my life. I became interested in the dispensary, the pharmacy, at work. It meant a lot of studying, and I got my BTech. I couldn’t have done it without Fiona who had a computer, and she typed up all my study assignments.

I retired when I was 62 in 2005, but life is just as hectic. I do lots of conducting and playing in the orchestras, and travelling, visiting family – we’re just off to Poland to see David. 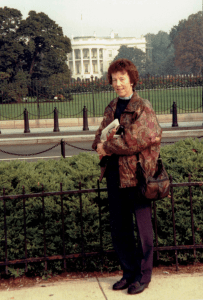 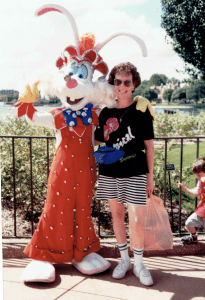 I have always gone to church, but there were a couple of times when I really knew faith was real. The first was when I was doing my A levels and I used to cycle past a chapel which belonged to the White Fathers, and I would go in, and there was a wonderful feeling of peace. Then, when I woke up after the mastectomy and found out that it had been cancer and what had been done I was angry. I said to God “Eighty schoolchildren have been praying for me, and you didn’t listen!” But at that moment I suddenly felt warm and safe, like a bird in God’s hand, and I heard God say “I am here.” The sister on the ward said “Something is different. You are coping.” I knew I was being helped, and that nothing could separate me from the love of God. It was the Spirit.

And now when I worry about the children or Adrian I know God is saying “I am living this with you.” Faith comes and goes, but I remember that. It hasn’t happened since, but it was enough. When you’re brought up with the Catechism that’s so cut and dried, but faith isn’t like that. 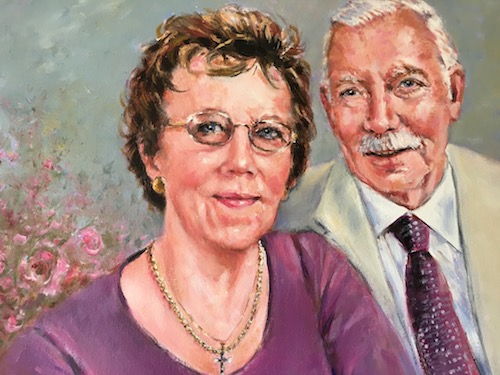