Parishioners from St Edmund’s, St Benet’s Beccles, Poringland, and Wymondham joined in a pilgrimage to the former Benedictine Abbey on 23 July 2015. Read Amelia Heath’s report below, and click on any image in the gallery to enlarge. Photos by Caroline Coles.

Father Charles’s homily can also be read. Click on the link! 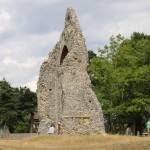 The arch where Mass was celebrated 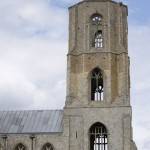 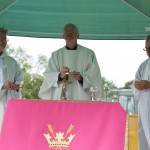 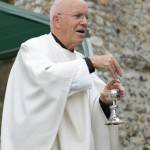 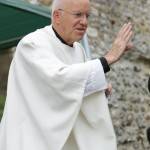 A blessing from Fr Charles 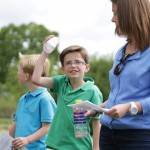 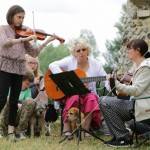 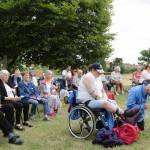 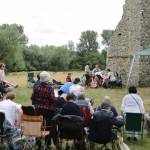 The setting for the Mass 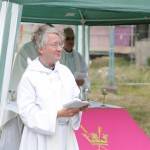 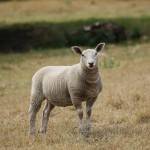 One of the flock? 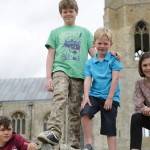 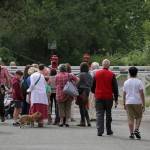 Off to the train after lunch 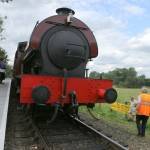 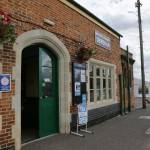 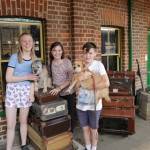 The Cases at Dereham Station 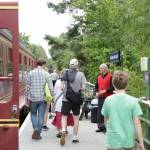 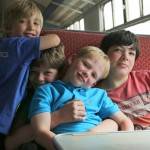 Friends on the train

The place chosen to host the third annual parish outing was Wymondham Abbey, founded as a Benedictine monastery by William d’Aubigny in 1107, and later to belong to the great abbey of St Alban’s. It was closed by Henry VIII in 1538 during the Dissolution of the Monasteries.

The Mass – concelebrated by Father Martin of Beccles parish and Father Michael Ryan of Wymondham parish – was held under the last remaining arch of the old monastery, which was closed by King Henry VIII in 1538. The outdoor Mass was accompanied by a small group of guitars and a violin, adding a relaxed feeling. The group of planes flying over the site during the homily was almost perfectly timed to add to the celebration – almost as if it was planned. The field with sheep only a small jump down from the service made it hard to believe we were only ten miles south of Norwich, in Norfolk. The significance of holding this Mass at Wymondham Abbey was hard to sum up, there are many reasons to choose this beautiful Abbey a short walk form the centre of Wymondham town.

In his sermon Father Charles mentions that it was a joint outing: this point needs to be stressed as the sense of community was enlarged by the fact that the Mass was attended by parishioners of Bungay, Beccles, Wymondham and Poringland! An excellent turn-out for an amazing event sure to run for many years to come.

After the Mass and picnic, there were two options – a tour of the Abbey then Wymondham Parish Church, or a trip on the Mid-Norfolk Railway. With a wave off from Father Charles, the steam train made its way to Dereham. The railway was first opened in 1846 and was built to connect Wymondham and Dereham. In Dereham we took time to see many of the original features of the headquarters of the MNR. A museum, a shop and a café were explored by the visitors.

The Mass, the history and the train were three of the highlights of this parish outing, a thoroughly enjoyable day that was ended with the 40-minute train ride back to Wymondham Abbey. I hope there are many more outings to come.