The year 2014 saw a notable reduction in the number of deaths in our parish, following a spate of them in recent years which were mostly in excess of the long term average. In fact there were no deaths at all for the first five months. 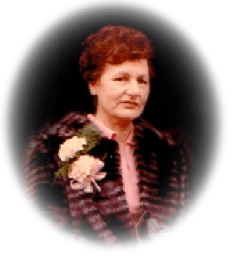 But then Margaret Heaney went to her eternal reward on 1 June. Margaret, or ‘Madge’ as many of us called her, had been born in Co Armagh in 1928, the first of eight children, so inevitably she spent much of her youth looking after her younger siblings. As a young teenager she found work in a linen mill but soon she was doing serious war work in Coventry, where she stayed with an aunt, engraving spare parts for aircraft. Returning to Ireland she soon met Gerry, her future husband, and they married in 1949. They came to Bungay in 1963 and, with their six children, forged a close friendship with the new Parish Priest, Fr O’Hara, who kept them busy with useful chores around the church site. Always a determined woman, she was absolutely insistent that her body be taken back to Ireland for burial.

was known to very few in the parish for he had come to Bungay for hospice care in Adele House and outlived medical expectations by several years. He was a great character, a cross between a saintly pilgrim and a tramp, who had come from the North and based himself in Lowestoft. There he became much involved with the Knights of St Columba and as a Eucharistic Minister. If one mentioned any place in Britain or Europe he seemed to have walked there. Indeed he travelled in all weathers with such single-mindedness that he contracted frost-bite and gangrene which restricted his mobility. It was amazing to see such a crowd at his funeral which was concelebrated by Fr Charles and Fr Paul with the Knights forming a guard of honour.

What can one say about Lilian Looker? 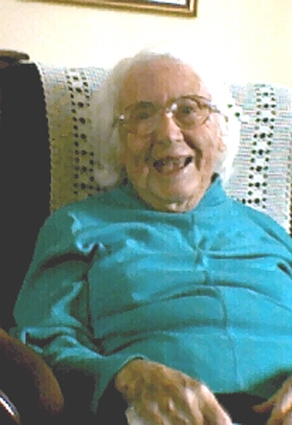 She was so outrageous that many of us derived amusement from her tirades against everyone and everything: carers, the NHS, the Government, the Church, her neighbours and even her friends. Only three people were spared, at least to their faces: her doctor (Dr Emerson), her priest and her much-consulted solicitor! Lilian had worked for the Diplomatic and Secret Services in Canada and assured us that many official confidences would be going with her to the grave. But we loved her in a curious way and gave her a good send off. That, after all, is what we’re here for.

Finally Ray Botwright died in November. He was a Norfolk man through and through. He and his wife Josephine were married in St Edmund’s by Fr Chatterton in 1961 and he was received into the church by Fr Richard Yeo in 1991. They lived for many years in Hempnall – where Josephine still resides – while Ray worked, first on a farm and later for Howard Rotavators in Harleston. 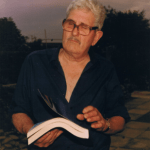 But in 2012 he suffered a stroke and moved to Brooke House in the Poringland Parish. For years Ray and Josephine were absolute fixtures at the 6.30 Saturday evening Mass. One got the impression that it would never have crossed their minds not to be there.

The death of Sheila Heath on 12 January 2015, shortly before her 91st birthday, came upon us with little warning. She had for years been a most regular attender at our 9 am Harleston Mass – usually with her brother Jim Searle – and then one week she wasn’t there. We were asked to pray for her as she was in hospital and the next week it was announced that she had died the previous Monday. 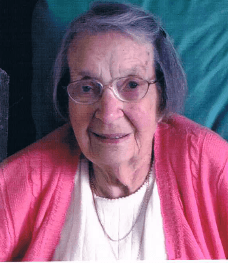 Sheila had in some ways had a sorrowful life, having been widowed twice, first aged 21 soon after her wedding, following the wartime death of her first husband, and years later, in the 1980s, with the death of her second husband, Bert, with whom she had brought up a family of two children, Colin and Gill. Happily she retained her good health long enough to have a wonderful 90th birthday at her Harleston cottage with her extensive family.

Sheila was a great supporter of ecumenical activities in Harleston, and her Requiem Mass on 7 February at St Thomas More’s chapel was packed not only with parishioners but with friends from other churches and from the town.

Before we had even buried Sheila, news arrived of the death, on 28 January, of Lucia Altarelli, best known in the parish as the mother of our longstanding Master of Ceremonies, Pio.

Lucia, a Neapolitan, had reluctantly come to England in the wake of the second World War following an “arranged” marriage to Ferdinando, whom we buried just three years ago, an Italian ex-prisoner-of war who had taken up the option to remain here at a time when there was little prospect of employment in his homeland. After various moves they made their home and livelihood at a small farm near Ilkeshall St Andrew with their family of three boys, Pio, Robert and Paul. Lucia was an amazing character and it is testimony to the affection she inspired that the church was pretty well packed for her funeral – a rare achievement for a 91-year-old.

Jo Rouson, wife of Frank, died on 17 February, aged 76, after a long illness. In her the Parish has lost one of its tireless supporters who came forward to help on every possible occasion in the life of the church. The Rousons had retired to Bungay in 2003 after many years near Crawley in Sussex where they had brought up their family of three boys, and where they naturally became central to the life and mission of their parish of St Francis. 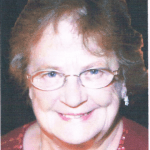 Jo, Josie or Josephine Coughlin had been born in Lewisham the year war broke out and, while still a teenager, met Frank through their involvement in the local Legion of Mary, marrying him in 1961. It was wonderful to have celebrated their Golden Wedding in 2011 here at St Edmund’s; wonderful too that we were able to have Mass in her home during her long illness. She was a living example of faith in action. No wonder so many parishioners were at her funeral. 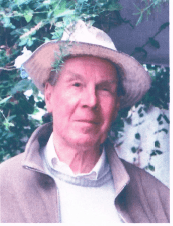 The death on Easter Sunday of Sargy Mann, husband of our faithful parishioner Frances and father of their four children, was a minor national event, eliciting a whole page obituary in The Times. Sargy had a curious life. After his schooling at Dartington Hall and following a short-lived career in engineering, he spent some years at Camberwell College of Arts as a student and later as a lecturer. One of his students there was Frances Carey whom he later married.

The most remarkable feature of his career was the way in which he coped with ever-deteriorating eyesight and eventual blindness, developing ingenious techniques for composing paintings by touch and feel and interior vision – successful to the end. Sargy did not personally subscribe to any religious denomination but he was hugely supportive of his Catholic wife and family and joined in some parish activities, notably the Discussion Group. At his own request his funeral was in our church, attended by a large congregation, many from London and beyond. He was 77. 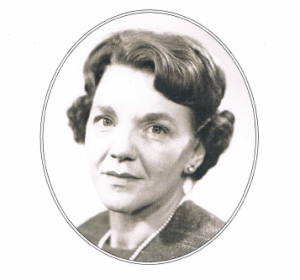 A second sad death in Easter week was that of Betty McRory.   Betty had been born in 1927 at South Moor, Co Durham, and met the then young Doctor Joseph (Rory) McRory at Dryburn Hospital in Durham City where both of them worked. They married in 1950, and moved to Bungay when Rory took up medical practice in Norwich. Although she was ambivalent regarding her religious affiliation, particularly since her devout husband’s death in 2002, Betty remained a sort of honorary member of our parish, faithfully contributing to its support by standing order, and routinely contacting us each year to have Mass offered on Rory’s anniversary. She also accepted our chaplaincy services when she was in All Hallows hospital a few years ago and remained a good friend to many of us, especially through the Flower Club.

But most of all, we have, as a parish, a particular debt of gratitude to Betty, and indeed to Rory, because way back in 1985, when our much-loved parish priest, Fr Ceolfrid O’Hara, was dying, they took him into their home and nursed him until his death some months later. You can’t get much nearer to the precepts of the Beatitudes than that.

We offer our condolences to their children, Jude and Stephen, together with their grandchildren and first great-grandchild. Her burial was in Rory’s grave in our churchyard.