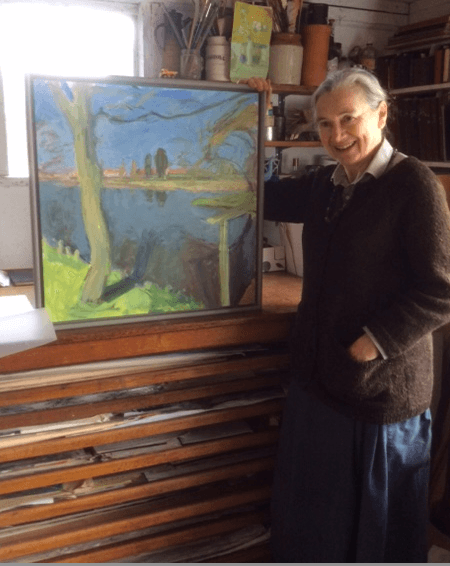 I was born in 1949 in Lewisham, the youngest of six children, into a Catholic family. My father was a doctor, a GP from Killarney, and my mother was born in Scotland. It was such an open household: as well as my grandmother living with us there were often other people. My mother wanted the house to be a place of welcome, and the front door was never locked.

It was a charmed childhood 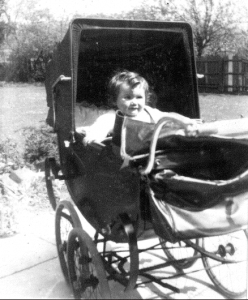 It was wonderful being the youngest; I was very spoilt. I went to the local LCC Catholic primary school, and then to a Catholic boarding school which I absolutely hated, though I loved the peace of the chapel and the music and the beautiful grounds. But I was unhappy and missed home so much that my parents then sent me as a daygirl to More House in central London. The nuns there were Canonesses of St Augustine, and the atmosphere and spirituality there were years ahead of their time. 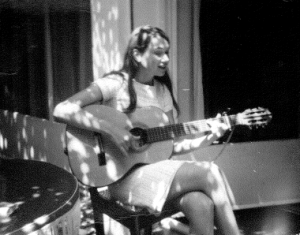 I was a fairly academic girl, and tried for Cambridge, but went to read French at the University of Kent in 1968. In the spring of 1968 I was in Paris during the “Events”. It was fun and so exciting; I wanted to see the action, but never managed to! During my time at Kent I spent a year in Aix-en-Provence, and graduated in 1972. Then I did what I always should have done – I applied to art school, and as quite an “old” student at 23 I went to Camberwell. My degree was textiles and painting, but later painting became my main interest. For me, art school was heaven. At last I was meeting people I had something in common with, and many have been friends ever since. 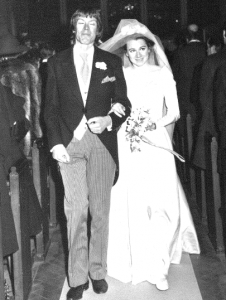 Sargy was one of my drawing tutors, and a relationship started. We married in my third year – it was a four-year course, and I was pregnant during my finals. Charlotte was born in 1977, and we were living in a tiny flat with a fantastic view across London. Another baby (Peter) came along, and we needed to buy a house. We found a real wreck, in Camberwell, absolutely unlivable in.

But disaster struck. Sargy’s retina detached. He was working very hard, and we thought then it was because of the strain. It was dreadful. I moved house while Sargy was in hospital. He had about 12 operations to save his sight, and he lost one eye completely. One day, during all this, my father, who was the most wonderful, saintly man, had a stroke and was dying, but that very day Sargy suddenly said “I must go to hospital now, or I shall lose my other eye.” I was going backwards and forwards to hospital during my father’s last few days. I so wish Sargy had been there when my father died. It was a beautiful death with the family around him. 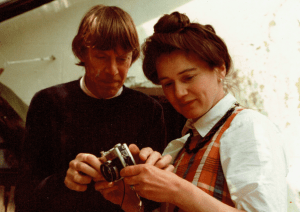 Sargy got better, but then there were further operations, and eventually total loss of sight. It sounds dire, but life was normal and happy. Sargy was incredibly strong. And then in 1983 my mother died , but I was pregnant with Susanna, baby number three, which helped me get over the loss.

Even during all this I was painting, but I was a mother first and then a painter. I always had a sketchbook with me, and when the children were asleep or playing I had a bit of time to myself. Sargy encouraged me. I was teaching a bit, too – with the pram outside the classroom. He was a part-time teacher, and I was very part-time. Sargy as yet was not recognised as a painter as he was later, and not selling his work much. 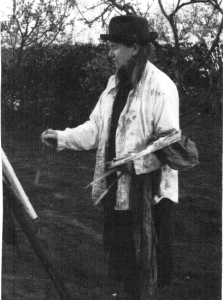 We lived in London during term time, but whenever we could, and in the long summer holidays, we went to the country – often in Suffolk – to paint landscape.

The move to Bungay

But with the Thatcher government’s cuts of the Eighties, hours were slashed, and we knew we would have to move out of London. I was pregnant with Michael (born 1989), and we were so incredibly lucky. Amazingly British Rail made a compulsory purchase of our house at the top market price, and paid the solicitor and moving costs. We looked at houses in East Anglia as we knew it, and had artist friends here, and again our luck was incredible. It was handed to us on a plate! We found Lawn Meadow by the river in Bungay, a town with a wonderful Catholic church, a Catholic school, and a great parish priest in Father Richard. It couldn’t have been better.

At this stage Sargy’s sight was becoming really bad, but he had had a successful exhibition and he started selling just at the right time. I had also had an exhibition and was selling a bit. But then Sargy’s standing in the art world grew and grew. Of his eyes he would say, “My sight is different”, and for him, extraordinarily, each time his sight changed, it was a new experience.

But then in 2014 he had been feeling unwell, and was diagnosed with cancer. We were told he had weeks, or maybe months. The BBC interviewed him at this time, and my son filmed him. He died on Easter Day 2015, and again it was miraculous, because all the children and grandchildren were here, having come for Easter. A good death.

I think I have always been interested in theology. My father was utterly good and a saint, and my mother, while definitely Catholic, was always questioning. My beliefs float around but I have a solid core of faith. Of course I ask questions too, and wonder what my beliefs truly are. Father Richard was one of the best priests I have ever met: he visited us regularly, and when he asked me to come to the Journey in Faith meetings it was an important step for me. Then I did a course with Hubert and Clare Richards – which was excellent, and I kept thinking about things.

Father Edward asked me to do the RCIA (Rite of Christian Initiation of Adults) course here in Bungay , which I did for a few years. I had to look at my faith. Why should we be certain about what can’t be certain? We must always go further.

The view from Lawn Meadow

I am primarily a landscape painter, and always purely figurative. I paint the life around me, and I love being out of doors. Painting is very hard work, and I tend to be a lazy painter; I don’t paint at regular times. While I am painting I am thinking “What colour is that? Where is that?” I see something transient that I don’t want to forget, and this is the subject of my work. I do exhibit sometimes – in the same gallery as Sargy, Cadogan Contemporary in Kensington.

“I have been so lucky”

I have been so lucky. When I was a child my father worked from home as a GP, and we all helped him – answering the telephone and so on, and that sort of household was repeated here. In my life work has been lounging round at home doing what you feel like!