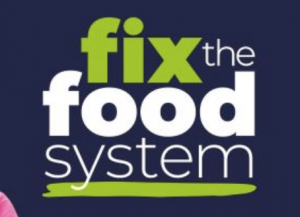 n Gokwe, Zimbabwe, CAFOD supported a community seed bank.  Seeds were exchanged rather than sold, so that even poorer community members could take part.  Because the area is increasingly affected by droughts the farmers were also encouraged to grow a range of small crops which were very nutritious and also easier to grow in dry conditions.  Growing a range of crops makes it more likely that at least some of them will produce a good harvest.

Pope Francis exhorts us to ‘feed the world today, without compromising the future’. As we have seen, the use of chemical fertilisers and pesticides is causing great harm.  But there are alternative ways to produce food for the world, such as:
1)  Organic farming.  This uses natural fertilisers such as compost, manure and bone meal.  Pests and weeds are controlled by techniques such as crop rotation, which protects biodiverstiy at all levels.
2)  Permaculture.  This is a system based on an understanding of how nature works and applying its patterns to food growing methods.  Its underlying principles are care for the earth, care for people, and sharing what is produced fairly.

There are 4 ways in which the lives of small farmers in other countries are controlled:

• Community land is taken away – forests and rainforests are cut down or burned to make huge areas for rearing cattle for meat and dairy or to grow soya to feed the animals that we eat.
• Communities cannot choose what crops to grow – a few big businesses decide what is grown, based on what will make the most profit
• Communities have no choice in what seeds to buy – four big businesses control over 60% of the global seed market.
• Communities are trapped into using chemicals – to produce the amount of food needed to meet demand by rich countries and make as much money as possible, crops need to grow quickly.  Synthetic fertilisers and pesticides help to do that but they are strong chemicals which are bad for the environment and also for the health of the farmers, many of whom suffer serious health problems from being exposed to them.

The use of such chemicals and the destruction of forests accelerate the climate crisis. From next week, we will start to look at alternative ways of producing food for all.

• We produce 4 billion tonnes of food a year when we only need 3.7 tonnes.  Why is this?

• Because a few large companies push for the expansion of crops that can be sold to other countries for the most money.

• In doing so massive areas of land are used to grow just one or two crops, more machines and chemicals are used, which makes crops grow faster.

• But if small farmers want to choose crops which are more nutritious or better for their communities they face difficulties.

St John Paul II said nearly 20 years ago that while people in the economically poorest countries are faced with the constant worry of not being able to grow or buy enough food, they are often forced to give up their land for intensive agriculture. – and this situation continues today.

• 800 million people go hungry every day and the majority of them are those who grow the world’s food.

• More than 80%  of the fruit and 50% of the vegetables that we eat in the UK comes from other countries.

• In those countries water is taken from local rivers, forests are cut down to clear land to grow food, and local land is not used to feed the local population.

• Even in the UK nearly 10% of people regularly experience food insecurity.

There’s enough food in the world to feed everyone, but millions still starve, including many of those who grow the food. Profits come before people, and large-scale commercial agriculture dominated by a few big businesses is accelerating the climate crisis. Over the next seven weeks we’ll be giving more details of CAFOD’S campaign to solve this, and asking you to help fix the problem.