A large group of parishioners met on Zoom to wish Father Charles a very happy 80th birthday, and former Harleston parishioners Bob and Christine Goodyear in New Zealand stayed up till midnight to join in. Everyone sang ‘Happy birthday to you,’ in a cacophony of delayed timing. 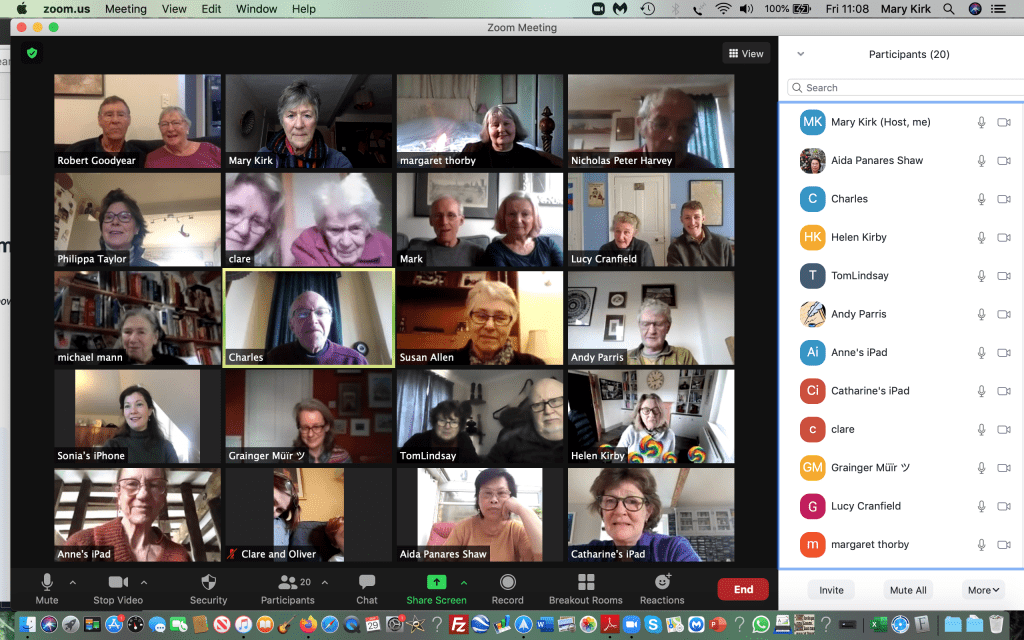 Father Charles said he had received many cards, as well as a great deal of cake and chocolate, and a hamper of edible goodies made by parishioners.

As ever, the parish’s champion cake maker, Aida Shaw, had been busy, and  produced this beautiful 80th birthday cake for Father Charles, which he showed us during the Zoom call. 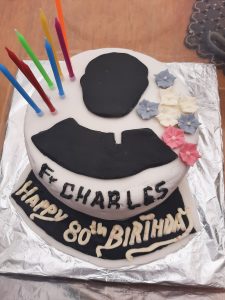