The Harleston end of our parish welcomes a young star who has come to live there with his mother and sisters… a star who came to fame when he became the first Nigerian to sing at a royal wedding. 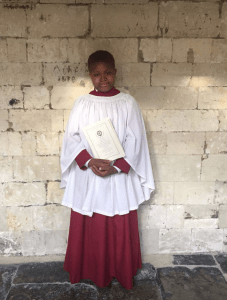 Twelve-year-old Carl Adekola is a chorister at St George’s Chapel, Windsor Castle, and has sung at the weddings of Prince Harry and Meghan Markle, and Princess Eugenie with Jack Brooksbank. When he is not boarding during term time at the choir school in Windsor, he and his two sisters Demi (15) and Dior (10) –  also talented performers at Wells Cathedral School – live in Harleston, where their mother Claire Myers-Lamptey has been renovating and interior designing  a grade 2 listed building.

Carl: I was born on 2 April 2007 in Basildon, Essex. My upbringing was quite normal but I loved singing, and that’s what I would do all the time. At age six I became a member of the choir of Brentwood Cathedral.

Claire: He was so musical as a child! He could hum and sing in tune well before other children. There is music in the family – I sing and so does my mum, and I’ve got a cousin who plays nine instruments. When he was four I approached Andrew Wright, formerly assistant Master of Music at Westminster Cathedral and director of music at Brentwood Cathedral since 1982. Out of the blue when Carl was six he was called for an audition, and was offered a place, being the  youngest ever admitted. I had to bribe him to go because he wanted to play football instead, but once he did he loved it.

Carl: I was at school at St Thomas of Canterbury in Grays. As a chorister in Brentwood we toured and sang in different churches within the diocese, and I remember we went to Walsingham, but mainly it was midweek Vespers and Sunday Mass  in the cathedral. We also recorded CDs of liturgical music for schools in the diocese, and once parts in an opera. After two years the director of music suggested I try for something bigger. I auditioned for King’s College Cambridge, Westminster Abbey, and St George’s Chapel Windsor Castle, and was accepted by all of them. 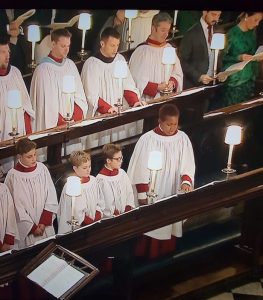 Claire: We wanted Carl to board  within an hour’s drive of where we lived, and although Windsor was outside of this boundary, it was special.  As a choir school set within a “normal” prep school also admitting  girls, this was attractive. Also  set within the spectacular grounds of an amazing castle with a resident Queen, canons, soldiers and horses , it doesn’t get more exciting for a little boy!

Carl: So at age eight I went to St George’s Chapel Windsor Castle as a probationer. I preferred it there as it has more of a community. I became a weekly boarder, and now I am head boarder, with responsibility for looking after the little ones and taking activities. There are 25 in the choir – 20 choristers and novices with five probationers. My group of probationers was very advanced and we sang with the choir from age eight. I’ve had experience of television on the Discovery Channel for the Queen’s 90th birthday, and we’ve performed in many concerts, sang abroad and collaborated with Eton College and the Chapel Royal. 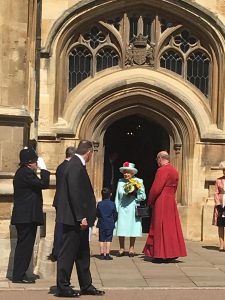 I am friends with James Windsor, the son of the Earl and Countess of Wessex. We were once playing football, and we saw the Queen driving her green Jag, and James said “Do you want to meet my Granny?” I was quite nervous and shocked, but it was exciting at the same time. Prince Edward is also very nice and says hello when he sees me at the castle.

I was a novice in year 5, which means singing at Christmas and for the Queen at Easter with the whole royal family.  We went to St George’s Hanover Square to sing carols in the Story of Christmas Appeal in front of celebrities; I remember Judy Dench and Aled Jones. In year 6 I was a full chorister and the highlight when I was 11 was singing at Harry and Meghan’s wedding in May 2018. We recorded a Christmas CD in that same summer, which was released a few months ago with good reviews . In October that year I also sang at the wedding of Princess Eugenie and Jack Brooksbank. 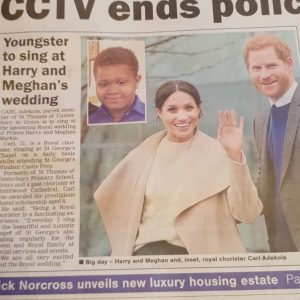 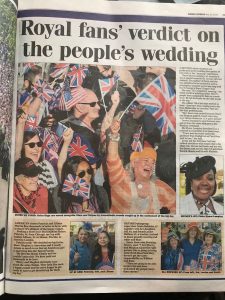 In year 7 (last year) there was another royal wedding, but it was a private one – Lady Gabriella Windsor. We get paid more for a private wedding – I don’t know why. The tradition of choristers being paid is over 400 years old, we are still paid in shillings! 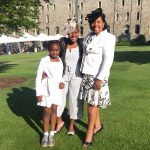 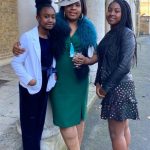 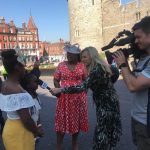 We also sing on Maundy Thursday when the Queen distributes the Royal Maundy Money. For the past three years it has been held consecutively at St George’s Chapel Windsor by choice of the Queen. One year was skipped because of the Brexit Referendum and Opening of Parliament, however I’ve got two sets of coins now.

One amazing thing that happened in year 4…suddenly all these helicopters flew in to Windsor. We were called by the headmaster and we had to change into our white uniforms and go up to the Castle. They selected six boys. It was Barack Obama and his wife Michelle who came on a private visit for the Queen’s 90th birthday. The Queen had invited the boys. I sat next to the President, and he high-fived us and showed us pictures of his dogs and the White House on his mobile.  We got to look inside his helicopter. He had a huge team of 200 aides and secret service. When Donald Trump visited Windsor Castle on a state visit, it was during the school holidays and so we didn’t meet him. 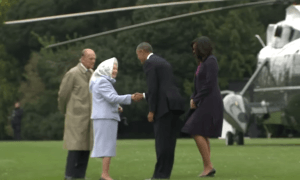 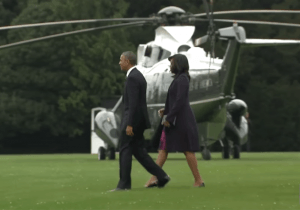 The Queen is like a real granny to us. She gives  us entry to Home Park to see her livestock and prized bulls, and she gives us the rosettes when they or her horses win at the Royal Windsor Shows. She also allows us to look at her private car collection, and we get to sit in the royal box at the Royal Albert Hall where I last watched Cirque du Soleil perform. 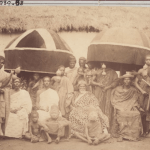 Claire: It’s funny, we are classified within the castle as part of the Royal Household, and this is royalty meets royalty, as my  great-great grandfather in Ghana was a king. He was friends with Queen Victoria and they wrote to each other in English, the letters are in the British Museum. Carl’s father’s side is also of Nigerian royal descent – ‘Ade’ from the surname ‘Adekola’ translates in Yoruba as ‘the crown suits you.’

Carl: I’ll soon be 13  and my voice is on the point of breaking now. I will see what my voice turns into and sing into that, but I’ll be sad not singing with the choir at St George’s Chapel. I’m excited to be awarded a music scholarship to Bryanston, it was hard making a choice as I was also offered the opportunity to study at Rugby and Uppingham.

For the future I’m interested in opera, as I am already a highly-trained singer. I have to look after my voice – keep hydrated and not shout too much!

Claire: It was a Catholic friend of my mother’s Andrew Deans, who instilled a love of opera into Carl. Andrew studied opera in Naples soon after WWII and was principal baritone at the Royal Opera House for 25 years. He travelled the world and knew the great Beniamino Gigli, also meeting Maria Callas at the Metropolitan Opera in New York. Another friend, local to us in Suffolk is Alexander Campkin, a prominent composer and conductor, who studied at  Westminster School, Oxford University and the Royal Academy of Music, and he is another positive influence on Carl.

The importance of faith

Claire: Although Carl sings in a Church of England setting and the girls attend a Church of England school, we encourage the children to keep their Catholic faith. My mother has nurtured the children and taught them the rosary. We have copies of the order of Mass, catechism and various saints books dotted around the house, and there is always a collection of miraculous medals to give visitors.  The children have also spent several years assisting me when in my role as section chairperson of Catholic Women’s League – selling raffle tickets at fundraising events, attending spiritual retreats, and in acts of charity within the community. I used to take them as babies to Mother’s Prayers  – Catholicsm is a lifestyle. As a family if we have a problem we always take it to prayer. Carl has Holy Water at school, and the boys will queue up for some if they have a sports  injury or an important exam coming up. 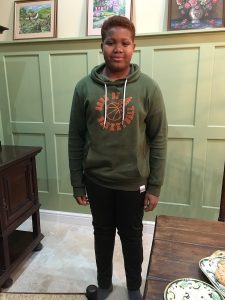